Sven and Volker joined for the first time the Weifang International Kite Festival, 15.4.-17.4.2017.
After having a warmup at Hengda Venice Kite Festival and Xian Kite Festival in the week before Weifang.
Sven and Volker were well prepared to visit the world capital of kites.
A short visit at Kaixuan Kite Manufacturer was the start.
In the hotel, we arrived in the year 2004, 18th of march. That was at least the official time in the room, according to the mounted clock. On saturday, 6 buses full of kite fliers left towards the opening ceremony.
We just arrived in time for the daytime fireworks, local dancing, … and had to leave to the newly build kite field 15min later.
The new kitefield was well prepared with lawn, and an army of helpers was busy to distribute many sandbags.
The wind was ok, no rain, so the Saturday was a good day to decorate the sky.
On Sunday, the wind was a bit lighter, but still flyable most of the time. Due to an announced rain in the afternoon, the event was closed down a bit in advance, at aroung 3:00 pm.
On Monday, Sven and Volker had to leave early to the Qingdao Airport, as our flight left Qingdao in the evening of the 17th.
Thanks a lot to  Zhiping Liu for inviting is to this interesting kite festival. 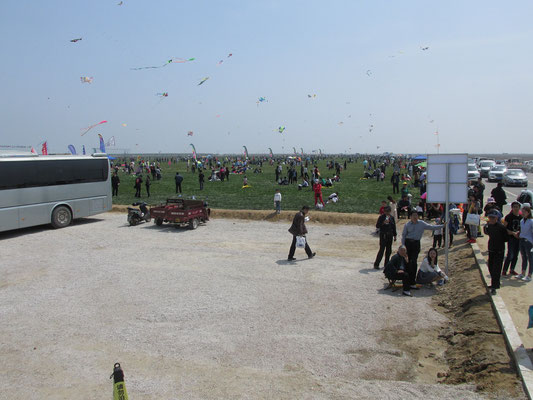 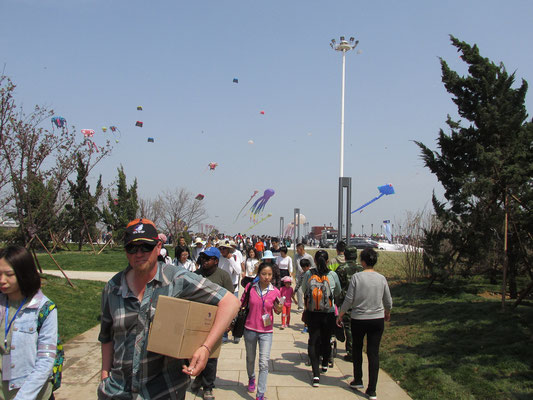 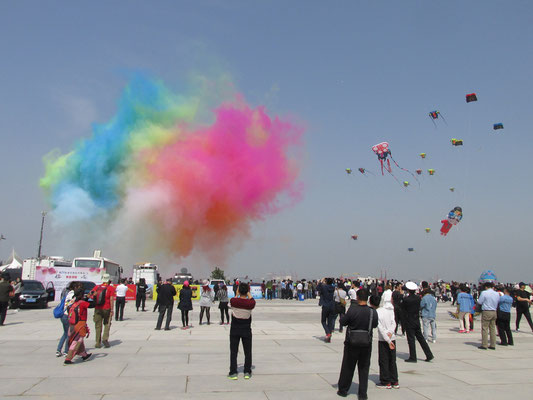 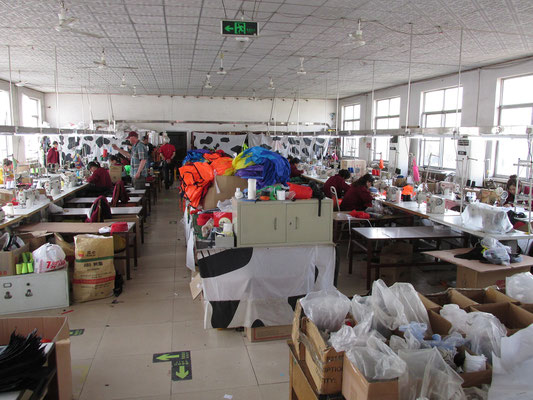 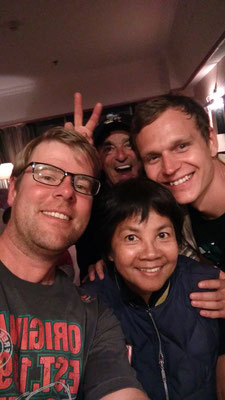 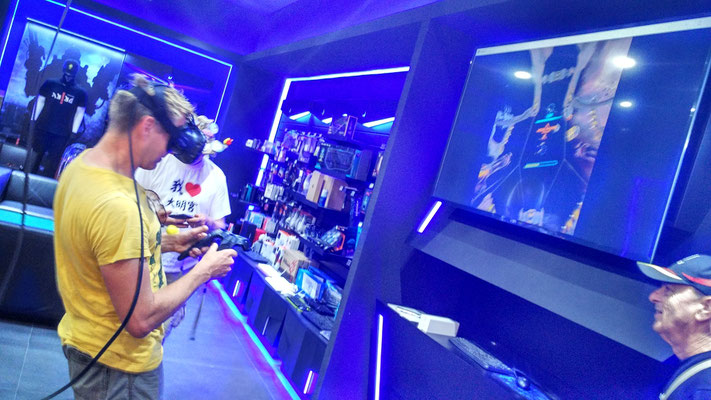 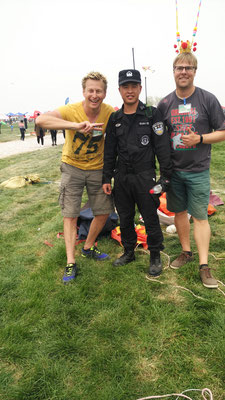 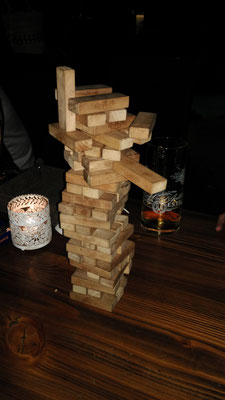 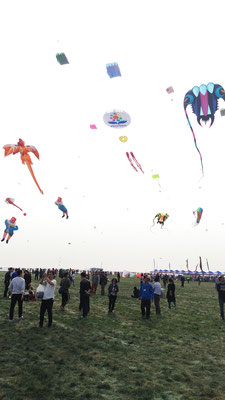 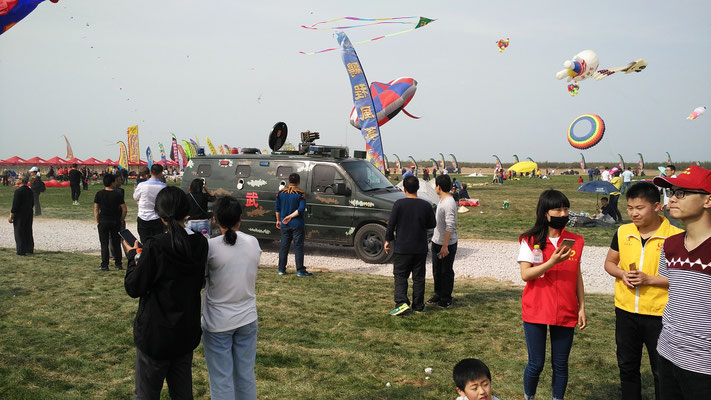 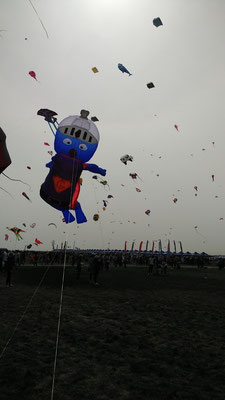 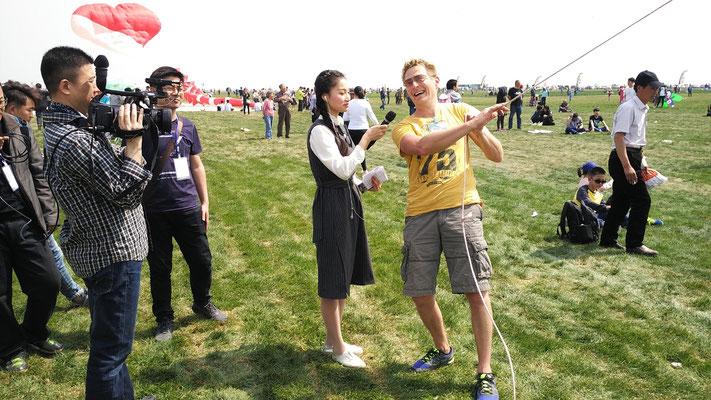 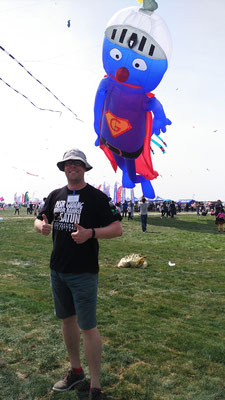 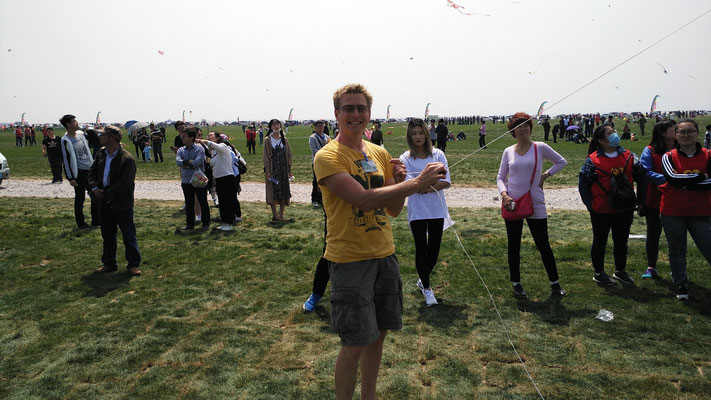 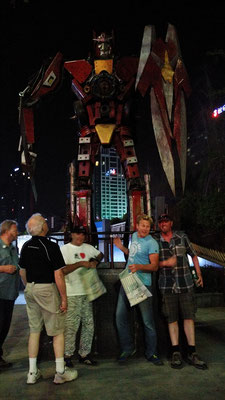 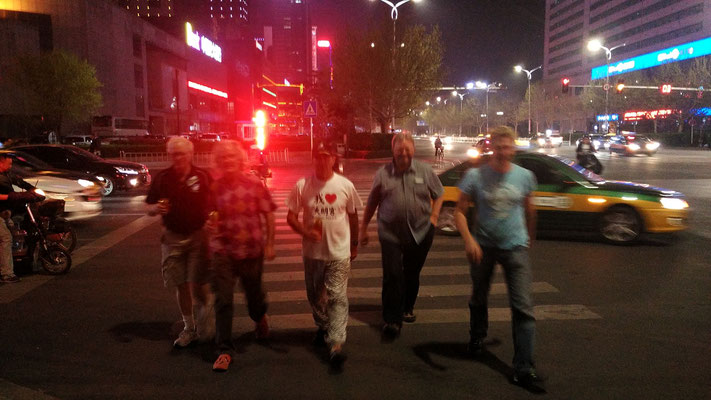 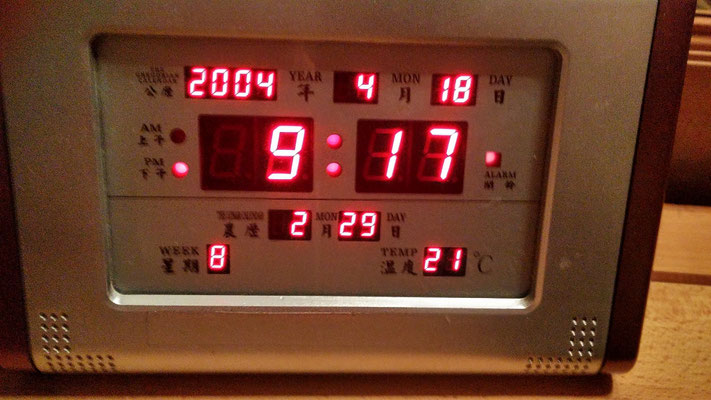