For the 3rd time, Volker joint the International Kitefestival Kelantan.

After a short stopover at Kuala Lumpur, Volker arrived a bit late at the Festival. But no worry, suitable wind only starts in the afternoon at Getting beach. Not much was missed. Not much except the maiden flight in light (Genki-style) wind of the new Single Skin Midi Octopus, the newest toy of Peter Lynn. This single skin kite might show the future of big show-kites. Or not… The kite itself is similar to a SSSL Pilot, but flies in les wind. Stronger wind at the same bridle setting is also still tricky. But for the first proto it is still a good start.

The weather was good, very sunny and temperatures 38°C above zero.

As usual, after Lunch, a very constant breeze from the sea became the rule for the rest of the day, until thundery gusts took over when we finished packing.

The next day was similar, but additional shows gave a good entertainment. Special shows were i.e. the first round of the Rokakku challenge and the collective flight of appliquéd picture Rokakkus, most of the made by (Supri)- Yanto from Jakarty/Indonesia and also 2 kites made from Ron Bohardt, USA. Those Rokakkus show the faces of kitefliers (and Bob Marley) which were appliquéd in the smallest details. Great work!!!

Another competition was the night flying competition, were 21 teams flew their kites, illuminated by glitzy, multicolored LEDs. Big surprise: the 4thprize went to Volker.

The organizers also took good care that the international guests could visit local markets, different museum and had some time for shopping. Adjecting to Getting Beach, there was also a fishing village, where on an area of maybe 1000m^² the daily catch of the local fishermen was dried. Mainly sardines and sth. like small beltfish was on offer.

Another bit of local wildlife was on display on the kitefield: A +1m water monitor walked across the beach. After he was spotted by local kids, things went quite bad for the poor fellow. He got attacked with sticks and stones by the kids. When Roger and Ron told the kids to stop, it was too late already. The poor animal died on the beach. I guess that the water monitor are considered as an annoying animal that does pick the chicken out of the cages of the locals.

On the last day of the event, a relaxing day was planned. It consisted of kiteflying with some malay motorbike enthusiasts. For sure, it was a good day to share hobbies between different groups.

Summary: A great kite festival under the hot sun of Malaysia, situated on a beautiful beach.

Thanks a lot to Ismail and Anuar, and of course to the local authorities of Kelantan. 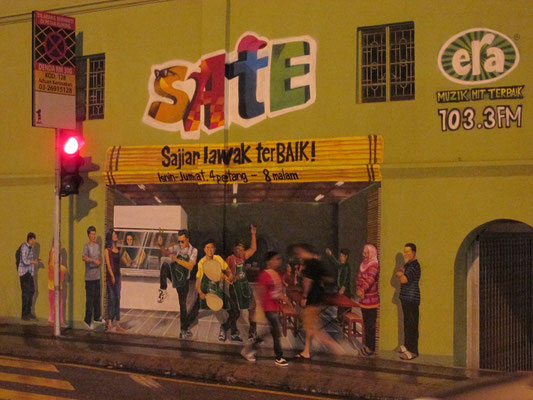 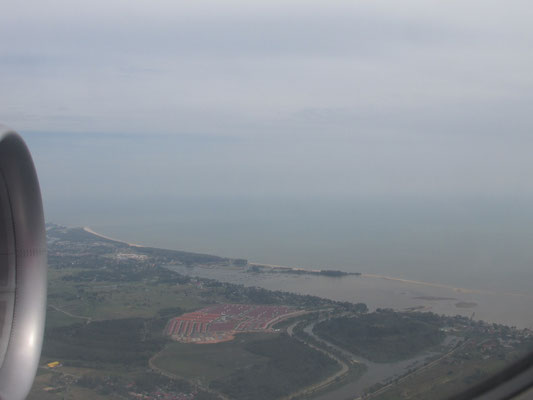 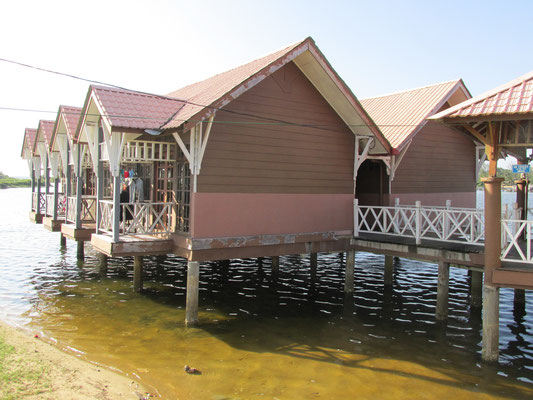 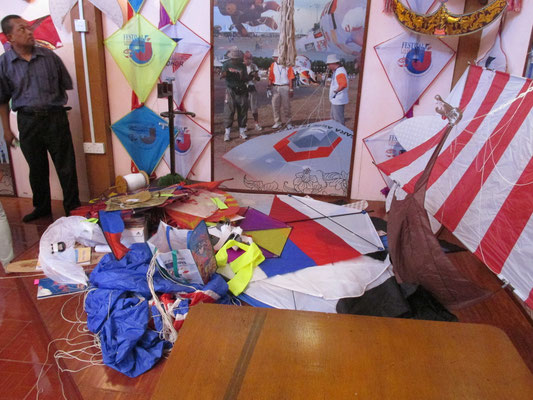 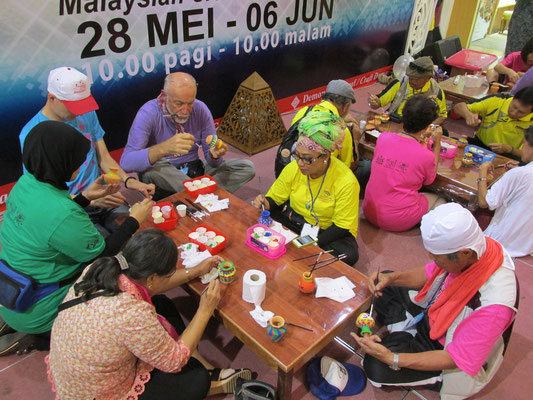 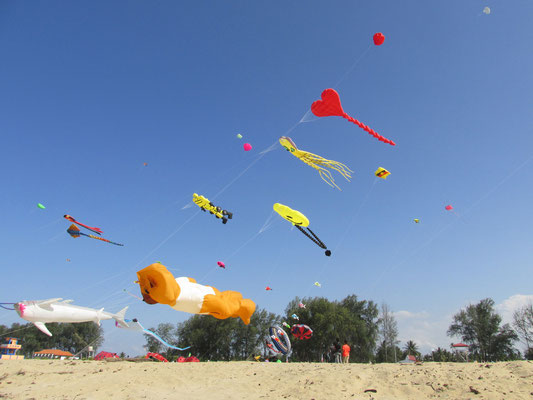 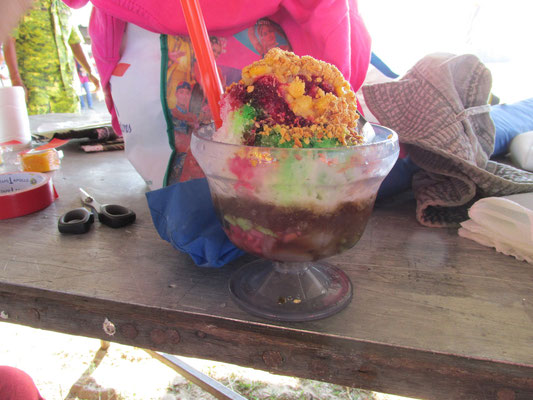 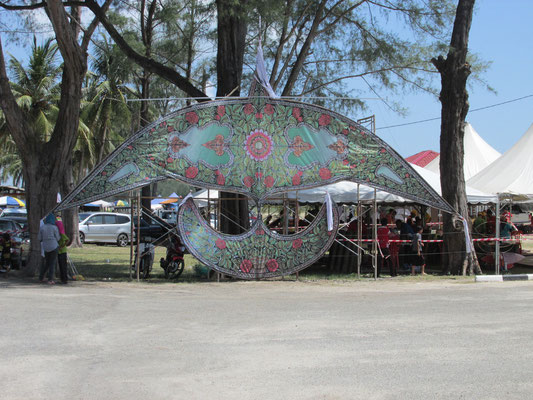 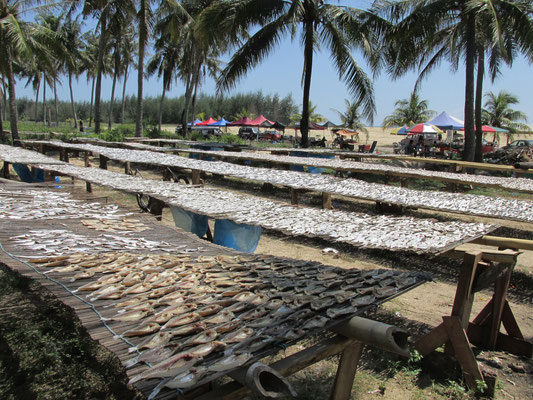 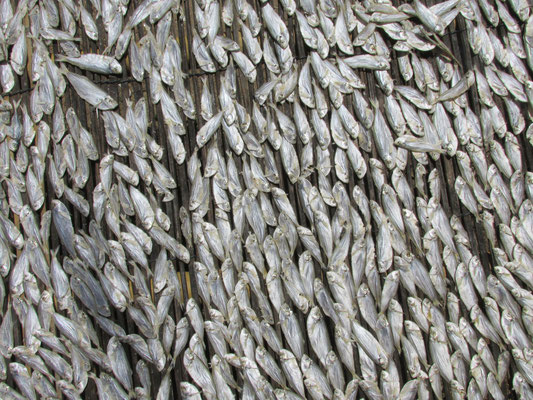 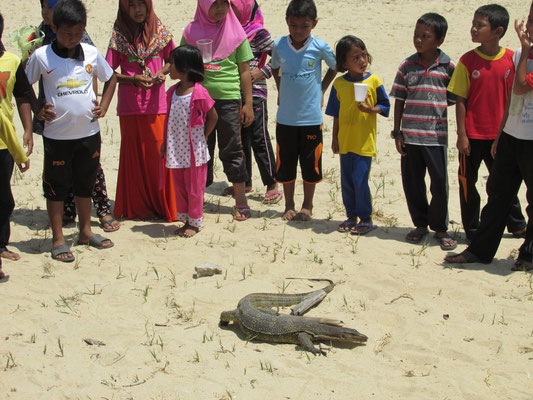 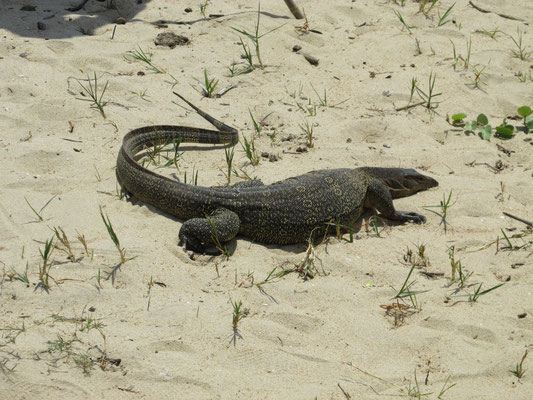 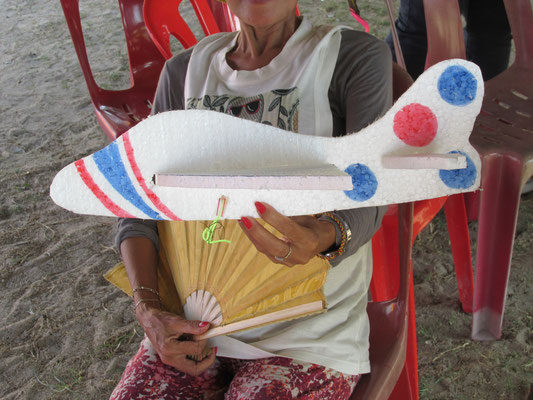 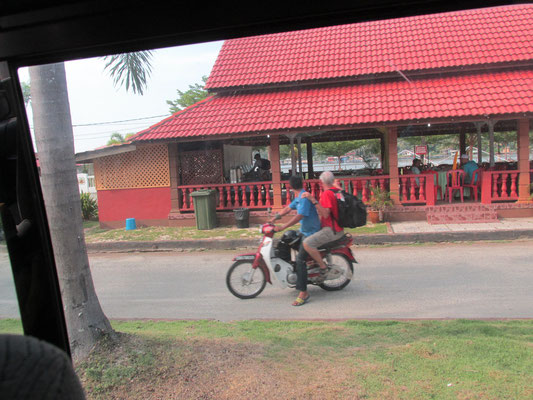 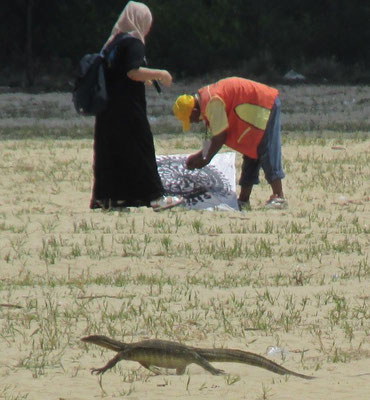