Volker participated at the International Pesta Wau in Johor Bharu, Kelantan, Malaysia. It was the 2nd time for him to join this festival after 2008.

This time, it was again a big meeting of kitefliers from many destinations. 16 Nations participated, including Indonesia, Thailand, Cambidia, India, China, Japan, New Zealand, Australia, Phillipines, Nepal, Italy, Germany, USA... and so on. Off course, Teams from Malaysia also joined the event, from Johor, Penang, ...

The event took place at Geting beach, close to the border to Thailand. Geting beach is 150 m wide and long enough to host a full size kitefestival, including a big separated field for the local competitions.
The constant wind was welcomed in the competitions "line angle", most beautiful kite, Rokakku challenge, night fliying... The night fliying was welcomed by the local teams which illuminated several extended wing wau bulans. These kites are very efficient kites, flying on a high angle at light wind and dragging the pilot across the beach in stronger winds.

The days used to start with perfect conditions for indoor kiters, developing to great wind for light wind kites. Then, around noon, it was time for the "standard conditions kites". And in the afternoon, some slightly stronger gusts started to move the anchors, which then became again reinforced with a pile of sand on top.

To the convinience for the kitefliers, we were accomodated in seaside chalets in 15mins walking distance a bit further south. That saved us some hours in the bus each day, as in the earlier years, the accomodation was in Kota Bharu.

Especially on friday afternoon, a big crowd showed up at geting beach to enjoy the kites, including the night fliying

On the sunday after the festival, a local sightseeing tour was organised to see huge caves, some of the tallest/ deepest/ longest/ biggest water cascades of south east asia. At one of the lowest ponds of the cascades, some of us used the water for a refreshing dive.

Thanks a lot to the organising committee. Kelantan Pesta Wau Antarabangsa is a great event which will have a graet future in the next years. 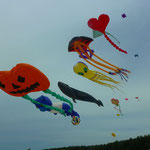 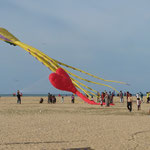 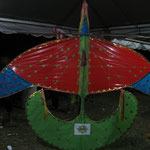 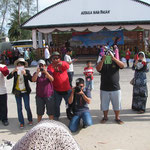 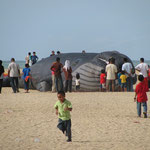 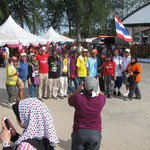 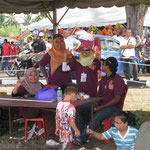 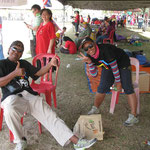 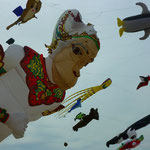 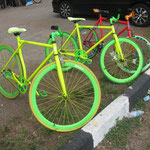 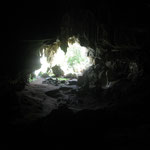 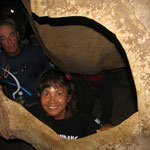 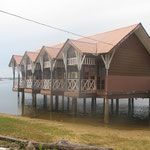 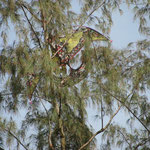 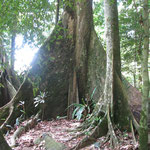 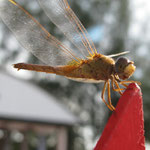 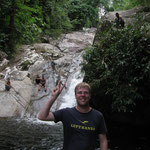 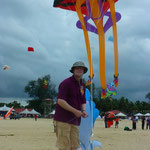